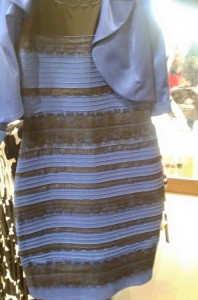 By now, you’ve seen the pictures of “the dress”… the black and blue or gold and white dress, all over social media. Of course, what’s interesting about this isn’t the way you see it, but actually trying to understand what everyone else sees. This is all about the biology of image perception.

As a cinematographer, it’s something I deal with every day. If we look at the image from a purely scientific standpoint, the photograph of the dress has these two colors in it (give or take a few shades on each side). 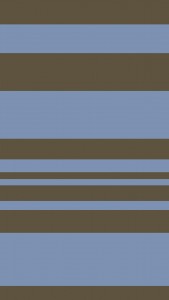 Which are, in approximate human terms, a steely blue and a medium brown.  But the interesting part is not what color is there, but what color we see. Our eyes are correcting images all the time, it’s why a white sheet of paper looks white, whether we’re in sunlight or candlelight. Our brains make a correction automatically. We also correct for overexposure and underexposure, using the rest of the image to make assumptions about what things look like, depending on our expectations. 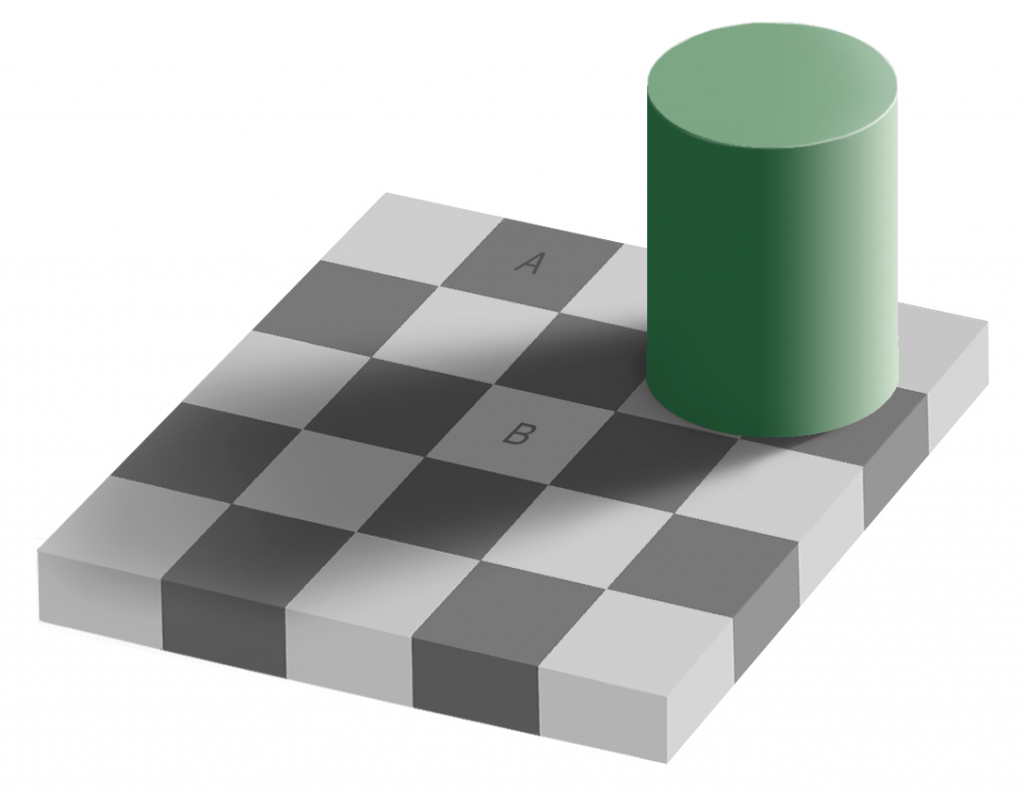 In the checkerboard above, the squares marked “A” and “B” are the same color. Yet “B” clearly looks brighter. That’s because our mind is cancelling out the effect of the “shadow.” The dress picture is doing a similar thing to our minds, but because the image is really mis-exposed, we can’t agree on which way the correction should go. It’s also playing with our expectations of color a little bit. 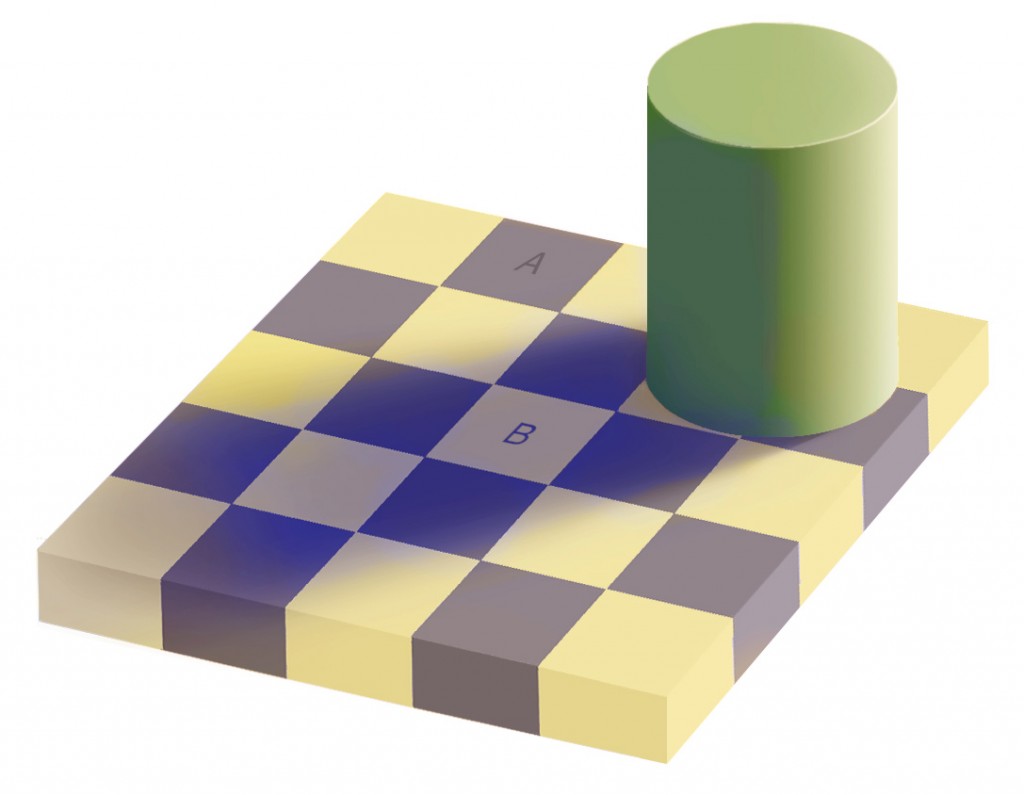 Let’s make the “white” squares a bit yellow and the dark squares just a touch bluer. Then imply the light that is coming from the right side is golden sunlight and the ambient light is cool blue light from the sky. Now we’ve taken this illusion that was previously just brightness and added a color component. A and B are not only the same brightness, they are the same color!

To see a yellow and white dress: imagine staring at a white and gold dress, on a sunny day. The sun is in front of you. The shadows cast by the sun tend to be a little blue. So white things in the sun are golden, and white things in the shade are blue.  When the camera takes an underexposed picture in this case, it could look just like that image.

To see a blue and black dress: imagine you’re indoors. The lighting all around is very yellow, and behind the dress the room is very bright.  When you take a picture, the camera is overexposing, making the image far too bright. This is what the people who see the black and blue dress see.

Photographers often use photoshop tools to correct exposure and color balance errors in their photos. Using just basic curves and color balance tools, it’s easier to see how people might be see the dress “the other way.” 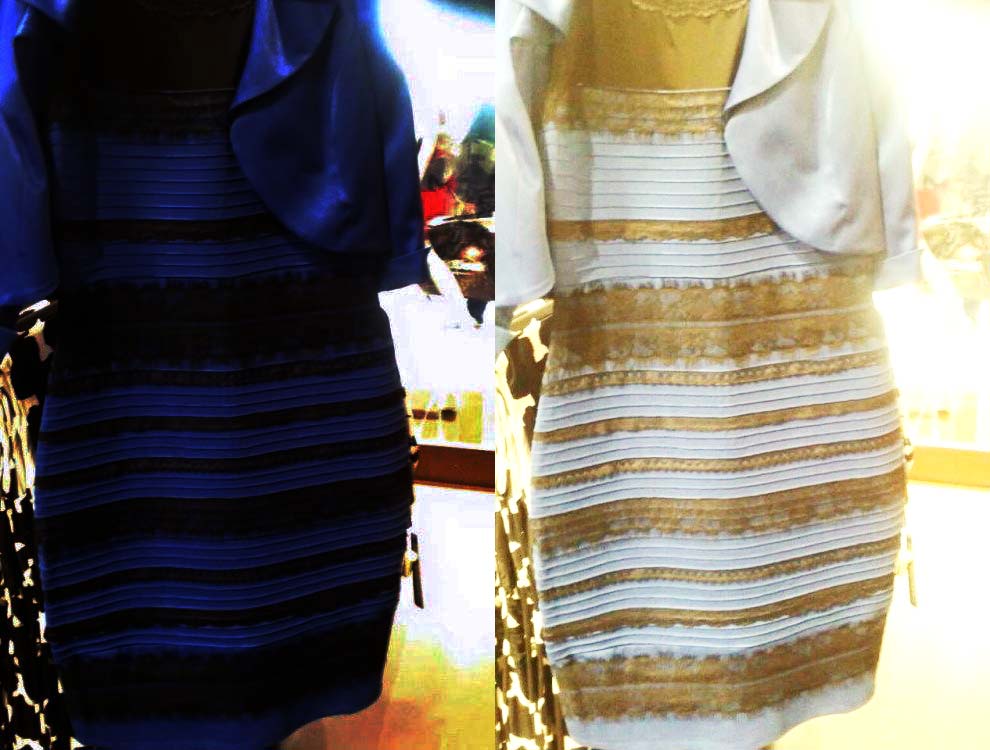 Personally, I assumed white and gold dress when I saw it. Of course, I assumed wrong! But, if you only learn one lesson here, I hope it’s that camera settings and lighting matter!