The Aputure Nova P600c is a 600-watt RGBWW LED Light. Designed to run on AC or DC power with an internal ballast, the Nova series is versatile and flexible. Any mention of the competition has to include the Arri Skypanel S60-C, although the Aputure Nova outperforms it in nearly every category, including maximum output.

Like all of Aputure’s high-end lights, the Nova series offers control via the Sidus Link mobile app, wireless DMX, and an intuititive digital interface on the control box. The control box can be mounted on the back of the light or connected via an included 5-pin cable

We suggest mounting the Aputure Nova P600c only on junior stands or similarly heavy duty support. While slightly lighter than the Skpanel, the Nova weighs just over 20 pounds. 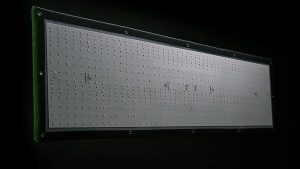 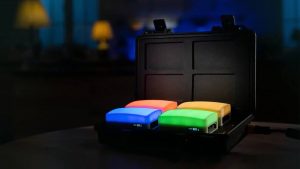 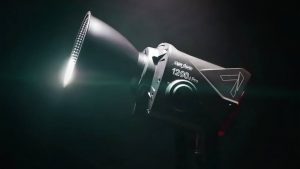