Tips for Shooting Video on the Canon 6D

Jon wrote a follow-up to this post in November 2013.

I first started shooting DSLR video in 2010.  Having such incredible cameras at a low price point has changed the way we work.  The democratization of filmmaking is underway, and the Canon 6D is a milestone on that path.   The key to standing out isn’t spending $40,000 on a camera, it’s taking the time to know your camera and equipment and get the best results.  Here’s what I’ve learned so far while shooting with the Canon 6D.

Use a monitor.  The 6D supports higher resolution output while recording than the 5DmkII, so you can actually focus while shooting.  You also don’t have the glitch in HDMI signal between standby and recording.  If you’ve been using a 480p monitor, it’s time to upgrade.

Without Magic Lantern, the 6D is really just a still photography camera.  ML is still in development for the 6D, but you can use the dev kit to install an early alpha version and at least get basic exposure and focus assist features.  This is a huge help when shooting video. 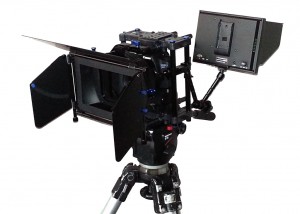 You have a new, extended clip-length limit of 29:29.  This makes using the camera for sit-down interviews and events a bit easier.  It’s also quite likely that Magic Lantern will be able to eliminate the clip length entirely, now that Canon firmware has removed all the other obstacles to longer shot lengths.

Moire is not as bad as everybody says it is.  I spent half a day running around the office trying to create it and I can’t.  I’ve seen some sample shots online, but nothing that 30 seconds in After Effects couldn’t improve.  It’s no reason to ignore a great camera.  Just like rolling shutter and compression artifacts, it’s something that your audience should never be paying attention to, as long as you’re telling a good story.  If you’re really worried about it, try one of the optical low-pass filters, which seem to do the trick as long as you’re not on a wide lens.  And remember that a few years ago, professionals were still shooting 480i to tape.  Trust me, if your picture sucks, it’s not the camera’s fault.

Don’t be afraid of the dark.  Compared with a crop-factor camera, the 6D has 2-3 stops more room to work with.  The T2i/T3i/T4i tends to get “fuzzy,” especially in the blacks, at 800ISO and beyond. I would say the 6D at 3200ISO looks cleaner than the T2i at 800ISO.  The difference is so big, I usually don’t take crop factor cameras out of my bag indoors anymore.  If you’re also shooting photos, the 6D is a great indoors camera.  While the action-focusing doesn’t keep up with the Canon 5DmkII or III or the 7D, the low-light focusing performance on the center point is unmatched in any DSLR I’ve ever shot with.

Use All-I compression modes.  The camera supports IPB compression, but why would you intentionally reduce the quality of your video?  The real bottleneck for DSLR filmmakers has always been the data rate.  Canon gave us an incremental improvement with the All-I option.  Just make sure you have a fast enough memory card to handle the extra data.  We recommend the Sandisk Extreme Pro series.  Since Magic Lantern unlocks even more data rate options, you’ll be glad you spent a little extra for the higher-speed card.

Give it some glass!  If you wanted performance like this ten years ago, you would have spent, literally, $250,000 or more on the camera body.  Why would you shoot through a $99 lens?  The 24-105mm is the logical walking-around lens, since the IS will help on the shoulder mount.  But you can get 2+ more stops of light out of a prime kit.  Take a prime lens kit out for a shoot at night and you’ll see what I’m talking about.  The limiting factor on almost every shoot in 2013 isn’t the camera, it’s the lenses.

Accessorize.  If you want results that look like film, you need to shoot like film.  Having a nice matte box on rails, follow-focus, filters, and monitor can be a huge boost to image quality and productivity on set.

If you’re on the fence about buying your own 6D, consider renting the 6D from us and letting us know how you liked it!