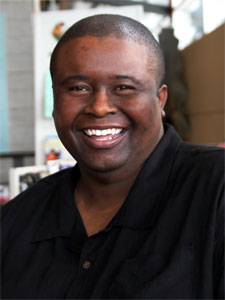 The next MARNmovies has just been announced!

If you have access to a computer or a smart device — and can manage to form a simple declarative sentence, voilá — you’ve suddenly got what it takes to voice your opinion in bold print.
Not so fast, Jeff Craig!
While not an exact science, film criticism requires a certain discipline and understanding to be taken seriously.

Our presenter is film critic Mack Bates. He writes for the Milwaukee Journal-Sentinel and Milwaukee Magazine, and has been the recipient of the Crystal Pillar award from the National Academy of Television Arts and Sciences, as well as multiple Milwaukee Press Club awards.

We follow his presentation with screenings of local short films and videos. Bring your short film on USB, Blu-ray or DVD and share with the audience!

$5 at the door/Free for students and MARN members