It seems like once a month or so, I run into someone who still hasn’t installed Magic Lantern on their Canon DSLR. Whether you’re shooting on a T4i, 7D, 5DmkII or III, 6D, or one of the other growing number of Canon DSLR cameras that support Magic Lantern, you’re missing out on some great free features!  But, since the Magic Lantern project is run by programmers, not marketers, it can be a little confusing at times. 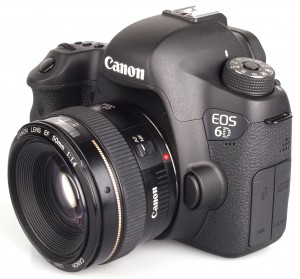 The Canon 6D Magic Lantern is still in Alpha

We’ve been using Magic Lantern on every Canon DSLR we rent, and we think you should, too.

Here’s a few reasons why you should be using it, and how to get started.

What is Magic Lantern?

Magic Lantern is free software, developed by a volunteer third party (the Magic Lantern team), that runs on your Canon camera.  It runs “on top of” your current Canon firmware and adds some features that Canon chose not to include.  A slightly different version of the program runs on each camera, but all of them work pretty similarly, and add features for video and still shooting.

One of the Magic Lantern menus, from the Canon 5DmkIII ML beta

Sound control – earlier cameras like the T2i (550D) lacked any manual audio control, and newer cameras have only basic configuration options.  Magic lantern allows you to control the gain manually and record two mono channels at different levels, as well as have on-screen metering of audio levels.

Improved bitrate – if your memory card is fast enough, the camera can write more video data to the card, allowing for an image with clearer fine details and slightly better results in color grading.  Multiple Canon cameras now support raw video recording, at least in limited file lengths and resolutions.  This may help keep the Canon DSLR family competitive with newer offerings from Blackmagic Design.

Tons of other stuff – including things that were so helpful, Canon integrated them in to official firmware updates. Features like alternate frame rates and manual sound controls were available through Magic Lantern before they were released by Canon.

We’ve used it on hundreds of shoots on dozens of cameras and we’re confident in recommending it.  We have heard multiple users have installed Magic Lantern, needed unrelated warranty work, and still had their cameras covered under warranty.  But, because there is a third party involved, there’s no guarantee that Canon will honor it if you do something crazy like melt your CMOS sensor. Basically… don’t be a moron and use it to circumvent safety features, and you’ll be happy.

To have a trouble-free install, you need to make sure your camera’s firmware matches the version Magic Lantern is expecting.  If you try to use the wrong version, you may get lockups or other weirdness.  If things get crazy, just take out the battery, remove the memory card, and restart the camera.

How do I Install it?

The process has become simple since the Magic Lantern project unified all the different cameras together in one download.  This information is current as of version 2.3

1. Confirm your camera is running the proper firmware version for the version of Magic Lantern you’ll be using.

2. Copy the Magic Lantern files to your memory card.  If your camera uses SD cards, it’s a bit easier to use 32GB or smaller (SDHC) cards instead of the 64GB and larger (SDXC) cards, which require an extra step

3. Turn your camera mode dial to M, power on the camera, and perform a firmware update.

Magic Lantern will take care of the rest, including making the card bootable and setting the right flags.

Of course, take it out for a spin and shoot some tests before you bring it along for paid work.  If you ever have problems, you can always use a blank memory card, or format the card without reinstalling Magic Lantern, and you can revert back to standard functionality.  But we bet after a few weeks of shooting with it, you can’t imagine ever shooting without it again!