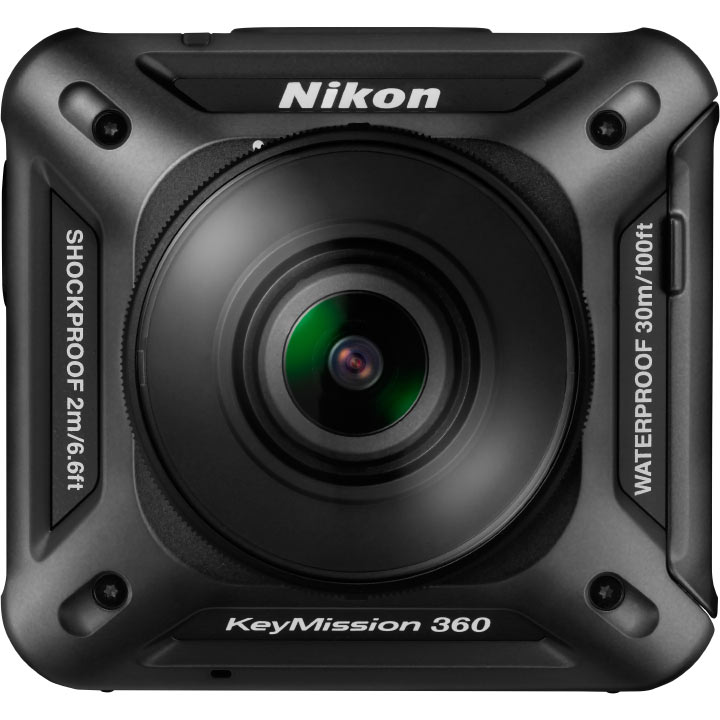 The Nikon KeyMission 360 action camera is a true 360° 4K camera, with 360° in both the horizontal and vertical dimensions, for incredible wrap around views and immersive video.  Photos are captured at 23 megapixel, and videos at 3840×2160 at 24 fps. The camera also has a timelapse feature, and can be operated remotely from the free SnapBridge 360 app on your android or iOS phone.

The KeyMission 360 camera is designed for rugged outdoor use. It handles drops, freezing temeratures, and 100 feet of water without a housing. It’s about 2.5″ cubed, and weighs 7 ounces, making it easy to put nearly anywhere. Typical battery life is around one hour of 360° video recording.